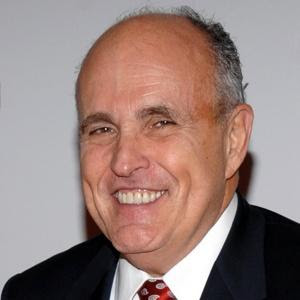 Rudy Giuliani is taking on the mob again.

The former mayor has been tapped to host AMC's inaugural "Mob Week" movie marathon -- a perfect role considering his well-known efforts to take down organized crime in the Big Apple during his six-year tenure as US attorney.

Beginning Monday, the network will air seven days worth of gangster classics, including "The Godfather" trilogy, "GoodFellas," "The Untouchables" and "Donnie Brasco."

Although the flicks were picked by the network, Giuliani is providing his take on a selection of the films during seven 60-second vignettes.

In four additional 30-second clips, airing throughout the marathon, he'll also talk about his rise as a US attorney, his role in the famed "Pizza Connection" mob trial, the takedown of the Luchese crime family and knowing the real, undercover FBI agent whom "Donnie Brasco" was based on.

Watching the real-life mob and Hollywood's take on it is "my avocation and my former vocation," Giuliani told The Post. "[AMC] called me up and asked me if I wanted to do it. They remembered my prior life."

Giuliani said he has already seen all of the movies being shown, although he had to go back and rewatch a few, like "Scarface" and "Carlito's Way."

"Some of them I had almost memorized," he admitted, singling out his favorites -- "The Godfather" films.

Giuliani spent three hours taping his soundbites at Manhattan Supreme Court on July 13, talking about the individual films and answering questions about his life as a mob-busting federal prosecutor before becoming mayor.

"I was asked how realistic [each movie] was, where were the historical mistakes, what influenced me," he recalled.

"I told them I thought 'GoodFellas' is the most realistic. It's the closest to reality."

Giuliani said that he was paid a token amount for hosting the AMC marathon, although he declined to specify how much.

To critics who might charge that the AMC appearance is designed to bolster him in advance of a possible run for president, Giuliani said: "No way."

"If they had asked me this a year ago, I would have done it," he added. "I did it purely because it was a fun thing to do. My wife and I happen to love movies. We go to movies all the time. These are some of the most powerful movies ever made."
Posted by joe levin at 5:04 AM