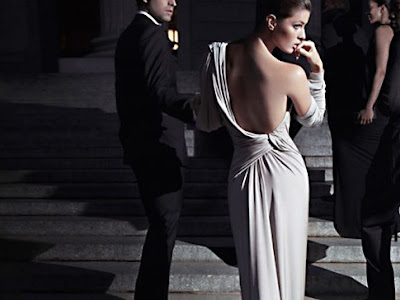 Model Isabeli Fontana has a new gig, besides being blamed for coming between singer Lauryn Hill and her children's father, Rohan Marley.

The Brazilian model stars in a commercial for Donna Karan's fall/winter collection.

The ad, shot by Inez Van Lamsweerde and Vinoodh Matadin, shows Fontana as a New York woman on the move, who juggles everything from picking up her child at kindergarten, attending a ritzy gala and making a dramatic appearance in a courtroom.

Fontana, who has made a name for herself in Mango, Dolce & Gabbana and Escada campaigns, recently found herself making headlines for her relationship with Marley.

She recently posted a photo of herself and Marley and tweeted she was "in love with @Romarley's heart."

Marley, who has five children with Hill, didn't deny the growing relationship with Fontana.

Hill, who recently gave birth to another child, dismissed rumors that Marley abandoned her.

She said Marley was not the father of her most recent child and that the two have a "long and complex history."