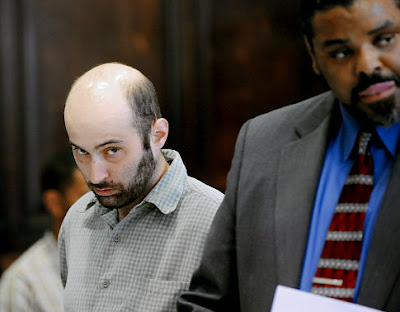 The defense team of accused Brooklyn butcher Levi Aron was reshuffled Friday amid sniping between the attorneys.

Heavy hitting lawyer Jennifer McCann was brought in to help defend the confessed killer of little Leiby Kletzky, one day after one of his lawyers abruptly quit.

Gerard Marrone explained his decision to bow down to "the horrific way this boy was killed," but lead lawyer Pierre Bazile attributed it to "differences in possible defense strategy."

McCann was on the defense team of Long Island mother Kathleen Prisco who fatally stabbed her husband in 2009. Her case ended in December when prosecutors allowed her to plead not responsible by reason of mental disease or defect, sparing her a long prison sentence.

McCann "has a reputation for being an aggressive attorney who diligently represents high profile defendants," Bazile wrote in a statement.

He also criticized Marrone for giving interviews to various media when announcing his resignation.

Mob associate Salvatore Volpe had testified about discussions to whack Marrone after he tried to become a member of the Bonnanos. The lawyer denied ever trying to join the crime family.

All of Aron's lawyers are retained and it isn't known who is paying for his legal representation.

The hardware store clerk is charged with abducting the 8-year-old boy, who got lost on his way back from camp and asked him for help. Aron, 35, reportedly told cops that he panicked after becoming aware of the massive search for Leiby so he killed and dismembered him.

The addition of McCann appears to strengthen what was considered by some lawyers a shaky defense team.

Bazile, a former cop, was admitted to the bar only four years ago, records show. "I bet that's his first homicide case," a source said.
Posted by joe levin at 6:26 PM