Burgos was arrested by NYPD after posting, "Catch me if you can, I'm in Brooklyn" on Facebook 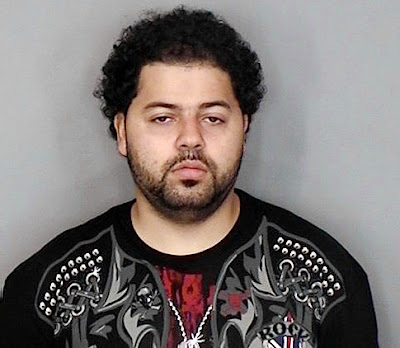 A fugitive fool who taunted cops on his Facebook page, "Catch me if you can, I'm in Brooklyn" - has been captured by U.S. marshals.

Victor Burgos was sitting at a computer with his Facebook page open when a task force of marshals and NYPD detectives tracked him down in an apartment on Jefferson St. in Bedford-Stuyvesant.

Burgos, 29, who was born in Brooklyn, was being sought by the upstate Utica Police Department on multiple arrest warrants for domestic violence and harassment of his ex-girlfriend.

After his mug shot was featured on the department's website listing its 10 most wanted last month, he threw down the challenge on Facebook.

Even more brazen, Burgos posted on his Web page a video showing him walking into an unidentified NYPD stationhouse believed to be in Brooklyn, authorities said.

"He told us via Facebook to come and get him and we did," Utica police Sgt. Steve Hauck told the Daily News yesterday.

Burgos, who claims he's a rap music promoter and uses the alias R. Mack Milly, was hauled back to Oneida County on Tuesday to face the music before an upstate judge.

His taunts were deleted from the Facebook page before he was arrested late Monday night.
Posted by joe levin at 5:56 AM