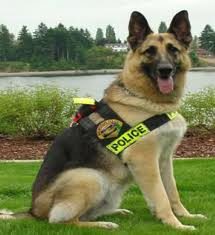 MOUNT VERNON — The city will pay $90,000 in a legal settlement with a man who was bitten by a police dog.

Carlos O. Garcia, 31, of North High Street filed a federal civil rights lawsuit against the city involving a May 31, 2008, incident in which police were searching for two people who had stolen a motorcycle and fled from police. During the search for suspects, Garcia was parking his work van at 38 Edison Ave. when he encountered two Mount Vernon police officers.

According to Garcia's court papers, the dog bit him twice for at least three minutes after he was on the ground with his hands in the air.

"They let the dog loose on me by mistake," Garcia said Tuesday, declining to discuss the matter in detail.

The police incident report indicates that officers did not apprehend the suspects and that they released Garcia after he was treated for injuries.

The Mount Vernon Board of Estimate and Contract approved Garcia's settlement Tuesday.

The incident was not the only payment the city has made lately for a dog bite. The board approved a $1,000 settlement in August for Martin Wilkins, who was bitten by a dog while in a public area of the Mount Vernon Animal Shelter on Nov. 3, 2007.

In other board business on Tuesday, officials approved a $25,000 settlement for Francis Morris, who suffered neck and back injuries in a collision with a public works truck Feb. 28, 2008.

Officials also approved specifications and a request for advertising for bids for the Memorial Field demolition.
Posted by joe levin at 7:17 AM