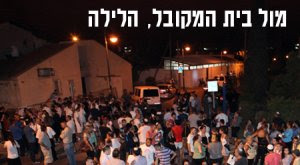 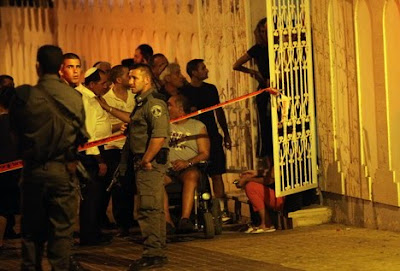 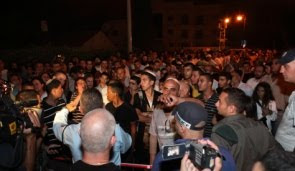 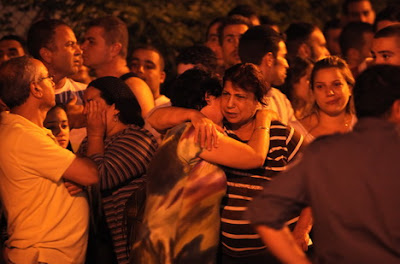 The 70-year-old rabbi was a popular kabbalist and grandson of the Baba Sali; police arrest suspect.

Rabbi Elazar Abuhatzeira was stabbed to death on Thursday night in Be'er Sheva while he was hosting guests for consultation at a yeshiva near his home.

Police said they received a report of the rabbi's wounds shortly after midnight. He died within hours, early Friday morning, at Soroka Medical Center, Be’er Sheva.

The 70-year-old rabbi was a popular kabbalist and grandson of Rabbi Yisrael Abuhatzeira, known as the Baba Sali, whom his followers consider a sage who was able to work miracles through his prayers.

Following his death, hundreds of people gathered outside his home and cried.

Police arrested a suspect following the stabbing. People close to the rabbi said the suspect frequently visited Abuhatzeira to receive blessings and advice. Witnesses said the suspect entered the room with a knife and stabbed him numerous times in his chest.

Shas Chairman MK Eli Yishai arrived at the crime scene and expressed great sorrow. "This is a great loss. We are all shocked," he said.

"The rabbi was a righteous person. This is a great loss," said City Council Member Yaakov Ohayon. "We are shocked. The Jewish people have lost one of their supporting pillars. The rabbi was murdered while he was giving advice and guidance to people in need of his help. He has thousands of Hassidic followers and he is one of the greatest rabbis in the world," he added.
Posted by joe levin at 9:08 PM