Lawsuit against Pakistan intel agency could be 'disastrous,' says lawyer 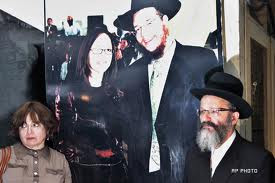 A New York lawsuit against Pakistan's powerful intelligence agency could have "disastrous" consequences and fuel instability in a nation vital to America's fight against al-Qaeda terrorists, an attorney argues.

Kevin Walsh, a lawyer representing Pakistan's Inter-Services Intelligence agency, urged a judge to throw out the lawsuit - filed last year by relatives of New Yorkers murdered in a Hasidic center during the 2008 terror attacks in Mumbai, India.

If the suit against the ISI and several ranking Pakistan intelligence officials is not dismissed, the backlash in Pakistan could undermine American goals in one of the world's most sensitive regions, the attorney said.

"The consequences of this judicial inquiry have the potential to be disastrous," Walsh argued in a letter filed Friday with a federal judge.

"The intrusion of these actions into the politics of Pakistan will fuel violence and extremism, directed against the government the US intends to support," the attorney argues.

The lawsuit, filed last November, also named Lashkar-E-Taiba, a terror group that operates in Kashmir - the disputed territory over which both Pakistan and India claim sovereignty.

It asked for unspecified damages and cites claims that the ISI has worked closely with the Lashkar-E-Taiba group.

But Pakistan has flatly denied these allegations.

The suit was filed by relatives of Gavriel Noah Holtzberg, a rabbi originally from Brooklyn, and his pregnant wife, Rivka, who were gunned down when terrorists stormed the Chabad Lubavitch center in a commando-style attack that also killed the couple’s unborn child.

The Holtzberg’s 2 year-old son survived the attack after being rescued by an employee. He now lives with his grandfather in Israel.

Walsh, a prominent New York attorney, argued that the general public in Pakistan will see the lawsuit not as an action taken by private individuals, but as an official intrusion by Washington into its internal politics and as a violation of Pakistani sovereignty.

That perception could undermine America's efforts to foster its relationship with Pakistan as part of the US goal of fighting al-Qaeda in neighboring Afghanistan and throughout the region, the attorney says.

"The alliance with Pakistan is an extremely sensitive, important and difficult relationship for the United States," Walsh said.

He's asked Brooklyn federal Judge Dora Irizarry to throw the lawsuit out, emphasizing that any argument with Pakistan should be dealt with by American political institutions - not the US courts - which have no jurisdiction over government agencies in Pakistan.

The judge has not yet ruled on the issue.
Posted by joe levin at 10:25 PM