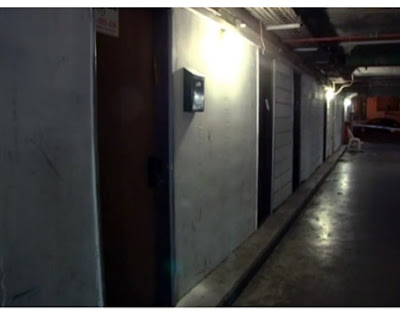 Jerusalem - Rumor has it that Israel’s ultra-Orthodox residents don’t suffer from a housing crisis thanks to their representatives in the Knesset, but a short tour of Jerusalem – or underground Jerusalem, to be more exact – reveals a completely different reality.

While in many places across the country young Israelis are taking to the streets and temporarily living in tents in protest of the soaring housing prices, in haredi concentrations in the capital entire families are forced to live in warehouses, parking garages and basements – permanently.

Those looking for some sun, or just daylight, must climb higher than one of the underground floors, and a real house of their own is just a distant dream.

It happens in luxurious haredi neighborhoods, like Har Nof and Geula, and in cheaper ones – Minhat Yitzhak, Kiryat Mattersdorf and others. The traditional sukkot and bicycles have been evacuated from the storerooms, making place for families – most of them with children.

Rent is almost similar to that of the real apartments upstairs, the ceiling is decorated with concrete and sewers, and the apartments have a view of an underground parking lot. Windows are not an option.

Those suffering from the housing crisis in Jerusalem and Tel Aviv are about the same age, but while the protests are being led by students or young people who have just completed their military service, the young haredim must put a roof over their wife and children’s heads. And they want a place of their own – not a tent, and not at their parents’ house.
Posted by joe levin at 6:53 PM