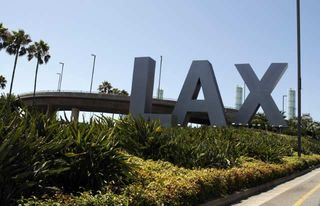 A Transportation Security Administration officer has been indicted on five charges in the theft of four watches and a pre-paid debit card from luggage at Los Angeles International Airport, officials announced Friday.

Yashou is alleged to have stolen the items from luggage going through security at LAX’s Terminal 1, the U.S. District Attorney’s Office said. According to the indictment, one of the watches was valued at about $15,000, another at $5,000 and two at $1,000. The pre-paid debit card was valued at $1,000.

Authorities arrested Yashou on June 23 at his home after an investigation revealed the $15,000 watch had been sold to a jewelry store that had tried to sell the item on EBay. The owner of the watch noticed it was listed on the website, prompting the investigation.

Yashou faces the felony counts for the $15,000 and $5,000 watches. Each felony count carries a maximum penalty of 10 years in federal prison. The three misdemeanor counts each carry a maximum of one year in prison.

Yashou is due back in U.S. District Court on Aug. 3 for his arraignment.
Posted by joe levin at 10:23 PM