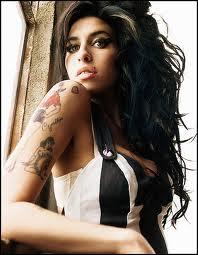 A journalist has claimed that Amy Winehouse's phone was regularly hacked.

Charles Lavery did not specify which news organisations he was referring to, but said that the Jewish star was targeted so that photographers could be on hand when she left rehab clinics.

Ms Winehouse, who died on Saturday at the age of 27, had a well-publicised battle with alcohol and drugs.

In a post on his personal blog Mr Lavery, a former writer for Scotland's Sunday Mail, said: her phone and medical records were routinely accessed.

"Winehouse was a sensation," he said. "The sensation brought world attention. The attention made her a regular target of hacking and illegal data access by tabloid reporters keen to splash an exclusive."

He also alleged that Ms Winehouse's parents, brother and her ex-husband Blake Fielder-Civil were targeted.

"Details of her stays in rehab were also obtained, and included timings of when she was expected to arrive at clinics so photographers could be in place," wrote Mr Lavery.

"The same details were either sold or accessed so she could be photographed leaving after treatment. Her time inside these clinics was also widely reported."

Ms Winehouse's funeral was held on Tuesday, followed by a cremation. Her family are sitting shiva in Southgate this week.
Posted by joe levin at 6:47 PM