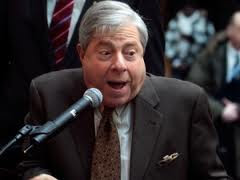 Somebody’s not telling the truth under oath.

City Transportation Commissioner Janette Sadik-Khan, in a sworn affidavit released yesterday, claims she never told Brooklyn Borough President Marty Markowitz that the controversial Prospect Park West bike lane was only a “trial” project that was to be yanked if it caused safety problems.

“The borough president’s recollection is mistaken,” she wrote.

After being subpoenaed in a lawsuit seeking to remove the lane, Markowitz, a staunch project opponent, testified that Sadik-Khan told him in March that the lane was temporary.

The case returned to Brooklyn Supreme Court yesterday, and the city said it was prepared to withdraw its claim that the lawsuit was filed too late and that the case should be dismissed on this technicality.

The move occurred only after lawyers for the bike-lane opponents asked a judge to order DOT to supply various internal records about the project.

Opponents afterward openly questioned whether the city is also backing off on its defense that the lane was never a trial project, adding that the documents sought could have proved the DOT has been lying all along.

However, the city issued a statement saying, “The Prospect Park West project is not a pilot — and never was. However, we won’t let this issue be used as a sideshow to delay this case from being resolved on the merits themselves.

“... Thus, we are willing to forego the statute of limitations defense if it means speeding up the resolution of this case on the merits."

But Jim Walden, the plaintiffs’ lawyer, said, “if this is a `sideshow,’ DOT is the ringmaster.”

“They raised the defense,” he said. “Now that we revealed it to be a lie, they don't want us to look further under the tent."
Posted by joe levin at 5:26 AM