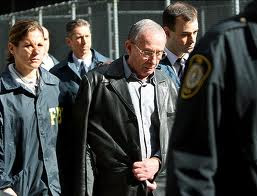 The Gambino crime family has picked a new boss -- 64-year-old Domenico Cefalu of Bensonhurst, Brooklyn, according to a new report.

Cefalu twice served time -- six years for a 1982 heroin smuggling conviction and 20 months for a 2008 extortion charge -- and became a made man when John Gotti ran the family, Gang Land News reported.

Cefalu is known as a "stand-up wiseguy who would never flip," Gang Land reported.

His day job is as a salesman for a local bakery.
Posted by joe levin at 4:11 PM