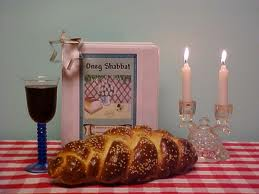 Menorah House, a Jewish-affiliated nursing home west of Boca Raton, has been sued by the Equal Employment Opportunity Commission for religious discrimination.

The lawsuit was filed Tuesday in the U.S. District Court in West Palm Beach.

Menorah House allegedly fired an employee who is a Seventh-Day Adventist for not wanting to work on Saturdays, according to the lawsuit.

As in Judaism, the Seventh Day Adventist Church observes Saturday as the Sabbath.

"It's unfortunate that a long-term employee who had sincere beliefs in her religion would be terminated," said Robert E. Weisberg, the EEOC regional attorney for Miami. "The law protects various individuals, various religions and practices."

John Hament, attorney for Menorah House, said he had not seen the lawsuit and declined to comment.

The former employee, Philomene Augustin, started working at Menorah House in November 1997, and for 12 years, through January 2009, Menorah House accommodated her request to not work on Saturdays, according to the lawsuit.

In January 2009, Menorah House changed its policy, requiring all employees to work every-other Saturday and Sunday.

Augustin informed her supervisor again of her religious beliefs, and did not show up to work on the next Saturday. The next day, her supervisor said there would be "no job for her" if she was not willing to work on Saturdays, according to the lawsuit.

She was fired that Monday.

"She was dependent on that income," Weisberg said. "The loss has been difficult for her."

Religious discrimination is prohibited by law under the Civil Rights Act of 1964, and requires employers to accommodate employees with sincerely held religious beliefs.

"If an employee wanted to wear a yarmulke, for example, and there was a dress code stating no hats were allowed at work," Weisberg said, "the employer would have to accommodate that employee."
Posted by joe levin at 8:43 AM