RCA: Go Direct To Authorities When You Suspect Child Abuse 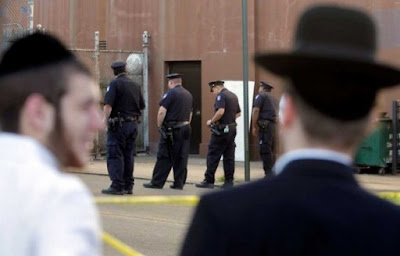 New York - The Rabbinical Council of America has today reaffirmed its position that those with reasonable suspicion or first hand knowledge of abuse or endangerment have a religious obligation to report that abuse to the secular legal authorities without delay.

One of the unique features of Jewish law is that it imposes upon every member of the community an obligation to help others avoid danger. The biblical verse “do not stand by while your neighbor’s blood is shed” is understood by Jewish Law to mandate that one must do all in one’s power to prevent harm to others - even if monetary harm, but certainly physical harm.

Consistent with that Torah obligation, if one becomes aware of an instance of child abuse or endangerment, one is obligated to refer the matter to the secular authorities immediately, as the prohibition of mesirah (i.e., referring an allegation against a fellow Jew to government authority) does not apply in such a case.

As always where the facts are uncertain one should use common sense and consultations with experts, both lay and rabbinic, to determine how and when to report such matters to the authorities. False accusations are harmful to those falsely accused - but unreported abuse or endangerment can be life-threatening, as we have recently been tragically reminded.

In addition and as a separate matter, those within the Jewish community whom secular law deem to be “mandated reporters,” must certainly obey the particular reporting requirements, which vary from state to state in the United States.

A person covered by mandatory reporter laws must comply with those laws, even in a case in which Jewish law might otherwise not require a person to report such child abuse or endangerment.
Posted by joe levin at 6:58 PM