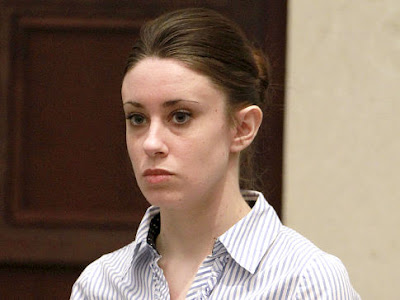 If there's a price on talking with Casey Anthony, it doesn't appear the broadcast networks' news divisions will be paying it.

Insiders at each of the major networks shot down a report Tuesday that they are in a bidding war for Anthony, who was cleared by a Florida jury of murdering her toddler Caylee.

TMZ reported Tuesday that bidding has gone as high as $1.5 million for a sitdown with Anthony and that the nets would pay to license video and pictures from Anthony, a common process in the business to pay for an interview without actually doing so.

The website reported Anthony's lawyer Jose Baez was holed up in a Manhattan hotel fielding offers.

TMZ's report comes as ABC News officials have publicly declared they'll no longer pay for photos or video if an interview is part of the deal.

It was a very small corner of the newsgathering budget, yet it was getting all the attention," ABC News spokesman Jeffrey Schneider said. "That's really unfair to the incredibly talented anchors and correspondents who get all kinds of exclusives through good hard work."

At NBC, a spokeswoman told The News: "There's no bidding war ...Any interview with Casey Anthony would be done under NBC News standards without any money exchanged."

CBS, which got new management earlier this year, is also out of the game, say insiders.

"CBS News is not offering and will not offer to license any materials from Casey Anthony," a spokeswoman said.

So if Baez is fielding offers, they're not coming from the broadcast network news divisions, say insiders, who while admiting an Anthony interview could have a value, said she's also "toxic" at this moment.

It is possible Anthony could sell an interview to an off-shore network, which could then air in the states somehow.

Likewise, there's been some speculation she could go the route of Monica Lewinsky and sell an interview to a pay-cable network, where she'd not be bound by newsroom constraints.

Moreover, Anthony could find a home on a syndicated show willing to pay.

What's unknown, however, is if a network or any TV outlet would get enough advertising support to make paying for her worthwhile.

A lot depends on viewer reaction," said Brad Adgate, senior vice president at Horizon Media. "If any network announces it and there's a huge outcry, advertisers are going to pull out. If the networks can't sell advertising, why put it on the air."

Adgate also doesn't think an Anthony interview would be a big draw.

I think they'll have some audience, but not a blockbuster TV event," he said. "There are going to be some viewers who aren't going to watch it."
Posted by joe levin at 7:16 PM