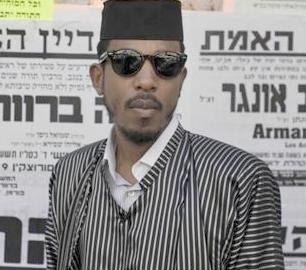 *Rapper Shyne announced that he’s working on two albums for the coming year. Oh, and in the mean time, he’s going Orthodox — giving up sex and profanity.

Shyne will be teaming with another Jewish rapper, Matisyahu, who has become a close friend since taking up residency in Israel.

“I’d say he was someone that I’d be there for anything he needs, and he has expressed the same for me,” Matisyahu told the Jewish Chronicle.

On his next album, Shyne, whose real name is Jamal Barrow, promises it will reflect his new love for Judaism and will be profanity free and his videos will no longer feature barely dressed women.

“You know what? You know how much I love women, I’m going to be shomer habris [abstain from sex until marriage] until this record comes out,” Shyne told The Jewish Chronicle.

The first of the two albums will be called “Messiah” while the second will be titled “Gangland.”
Posted by joe levin at 4:33 PM