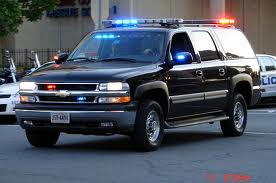 A former Secret Service agent was busted trying to bring an illegal gun onto a flight at La Guardia, The Post has learned.

Carlos Martinez Jr., 40, who once served in the agency's San Juan, PR, bureau, told an agent at the American Airlines check-in counter last Thursday that he wanted to declare an unloaded 9 mm Luger in a lockbox, according to court documents.

Port Authority cops were called to verify that Martinez was allowed to carry a firearm, and discovered he had a bill of sale for the weapon from the Dominican Republic, but no valid permit or license in the United States, court papers state.

He was arrested, charged with criminal possession of a weapon, and released without bail after his arraignment last Friday, said a spokeswoman for Queens DA Richard Brown.

Secret Service agents Brandon Ulmer and Tim Auman, who were summoned to the airport, confirmed that Martinez had worked for the agency for three years ending in 2007 doing currency investigations and dignitary protection, law-enforcement sources said.
Posted by joe levin at 8:16 AM