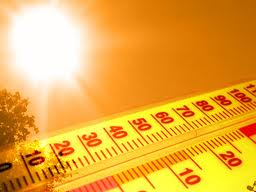 MONSEY — A Monsey man believed to have left his 2-year-old daughter inside a parked car for two hours during Friday's record-breaking heat is facing misdemeanor endangerment charges.

The girl was taken to Nyack Hospital about 2 p.m. after one of her parents called Hatzolah Ambulance to report the girl had been left in the vehicle as it was parked in their driveway, Ramapo police Detective Sgt. Brian Corbett said. The toddler was not seriously harmed during the incident.

Corbett said police believe the windows to the car had been cracked open. The detective was not sure if the girl had been fastened in a car seat or if she was free to move about.

Police arrived at the hospital's emergency room, where an investigation led to the arrest of the girl's father, Joel Stein, 31, of West Maple Ave.

Corbett said Stein's alleged actions appear to have been inadvertent .

"He had been running errands, got back to the house and forgot that he had left his daughter in the car," Corbett said.

Stein was charged with endangering the welfare of a child and second-degree reckless endangerment, misdemeanors.

A telephone message left at his West Maple Avenue home Friday evening was not returned.

Stein was released without bail. He is to appear in Ramapo Town Court at 2 p.m. Aug. 2.

Corbett said the girl was later released from Nyack Hospital to the custody of her parents. Investigation into the case remains ongoing.