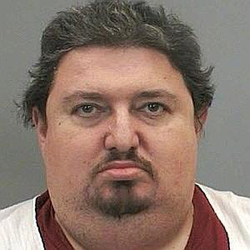 Koltun, 41, and Craig Fennell, 51, of Manhattan, and Frank Lewis, 56, of Brooklyn, are awaiting trial on first-degree murder and conspiracy charges in the Nov. 4 shooting deaths of former Lloyd cop Frank Piscopo and his nephew Gerald Piscopo. Prosecutors say the trio lured the Piscopos to 12 Liberty St. in the City of Newburgh and executed them.

Now, Koltun and two other men — one a lawyer — are under indictment in Kings County Supreme Court on charges including money laundering, conspiracy and grand larceny. They're charged with swindling a man out of more than $50,000 — the level of the money laundering charge suggests an amount far higher — and falsifying documents to do so. The indictment cites crimes committed Feb. 2, 2011, in Kings County, according to a summary provided by the Kings County District Attorney's Office. Koltun has been jailed in Orange County since Dec. 2.

"Rabbi Koltun is charged in 19 of the counts," acknowledged James Winslow, who is representing Koltun in the murder case. Winslow added that from what he can gather, the hub of the case is the actions of co-defendant Jarrett Haber, and the allegations involve a sort of Ponzi scheme.

Koltun and Haber also were charged together in February 2010 with grand larceny and mortgage fraud. That case still is pending against Haber. Koltun was convicted in 2000 of mail fraud and sentenced to 57 months in federal prison.

The Kings County indictment was handed up on July 14; Koltun, who's being held here on $1 million cash bail or $5 million bond, was arraigned in Brooklyn July 19 and returned to Orange County.

Koltun will be back in Orange County Court Thursday.
Posted by joe levin at 5:21 AM