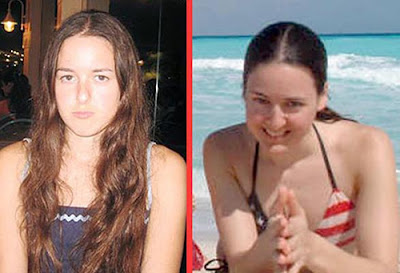 The remains of an Israeli tourist who went missing in 2007 in Mexico may have been uncovered by Mexican police, Channel 10 news reported Thursday.

Police authorities at the beach town of Tulum announced Wednesday that they uncovered a body during a confidential excavation at a site adjacent to the restaurant where 26-year-old Dana Rishpi was last seen.

Police were given the location to search for the the missing girl's remains by an alleged rapist and homeless man known to authorities as Neto, Channel 10 said.

influence of drugs they had allegedly never taken before. These drugs had a fatal effect on Rishpi, who died as a result of an overdose.

The detainee led police to Mambo Beach, the site where her friends purportedly tried to dispose of her remains, burying her body.

While it seems likely the remains are in fact those of Rishpi, Mexican police have insisted upon conducting their investigations and excavations in secrecy, and as such refused to confirm the identity of the found body. The County prosecutor also refused to comment on the case, Channel 10 said.

"Intelligence work has finished," a police officer said. "We're not giving any more details now; we don't want to interfere with continuing investigations."
Posted by joe levin at 6:10 PM