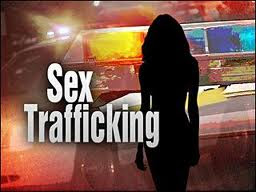 Guatemalans stopped at border thought they would be au pairs in Amman; Israel fails to reach min. standards to stop human trafficking.

They answered an ad promising lucrative work as au pairs in Amman, but found themselves caught up in the web of sex trafficking between Israel and Jordan.

Israeli border guards late Wednesday detected something was not quite right about three nervous women crossing the Allenby Bridge from Jordan. They told a story of being nurses who wanted to tour Jerusalem, but soon burst into tears.

“They were hugging each other and crying hysterically. At once I understood that something traumatic was happening,” said Dana Koldron, shift manager at the border crossing.

The incident may point to new routes being established by gangs of trafficking in humans as Israel, under international pressure to do more to stop the trade in women used for sex, tightens other points of entry.

Once the three women understood they were in safe hands, their harrowing story came out. The three women, two sisters in their 50s and a daughter in her 30s, said they were from Guatemala and had answered an ad promising lucrative work as nannies in Amman, Jordan.

They flew to Jordan together with five other women, but immediately upon arrival, they were split into two groups of four and were held against their will in an apartment, Population, Immigration and Border Authority (PIBA) spokeswoman Sabin Hadad told The Media Line.

“After one day, a man came buy and took away one of the women, who was 18 years old and they never saw her again. A few days later a Jordanian and Palestinian appeared and informed them that they were going to cross the border. The Palestinian, who was the driver, briefed them to tell the Israeli border inspectors that they were nurses and coming to tour Jerusalem,” Hadad said.

Koldron told Israel Radio that the Jordanian had quickly abandoned them and the Palestinian was questioned but released. If there was someone waiting for them on the Israeli side, they quickly disappeared.

“We understood that this is trade in humans, for the purpose of slavery,” Koldron said.

The three women were allowed to enter Israel and handed over to the Guatemalan ambassador, who promised to return them to his country.

Hadad said they believed their destination was east Jerusalem, but also possibly the Palestinian Authority.

“We suspect that this was a case of human trafficking. We can’t say it’s exactly sex trafficking, but let’s just say we believe they were being used for ‘improper’ motives,” Hadad said.

“This has never happened to us along this border before that we are aware of. It’s very rare. But our inspectors go through courses in order to be able to detect suspicious behavior and their antennas pick this up,” Hadad added.

A recent US State Department report slammed Israel over its human trafficking record, saying it had not done enough to even reach minimum standards to stop it. Israel is seen at a destination country where foreign women are subjected to forced prostitution.

“The government of Israel does not fully comply with the minimum standards for the elimination of trafficking,” the report from June 27 read. “However, it is making significant efforts to do so.”

In 2006, Israel passed an anti-trafficking law which prescribes penalties of up to 16 years imprisonment for trafficking an adult or for slavery. Many women involved in sex trafficking slip into the country through Ben-Gurion International Airport. Others cross into Israeli from the Egyptian Sinai.

Last month saw a dramatic increase in the number of people who attempted to infiltrate into Israel illegally. According to the PIBA, some 1,200 people were caught trying to sneak into Israel, bringing the total number of illegal entrants to 3,500 so far this year. Approximately 14,000 crossed into Israel in 2010, compared with about 5,000 the year before.

But the increased patrols along the border as well as Israel’s current construction of a formidable barrier along the 150 mile frontier with Egypt may have caused traffickers of women to seek other routes, such as through Jordan.

Guatemala’s ambassador to Israel refused to return repeated telephone calls on the incident.
Posted by joe levin at 10:53 AM