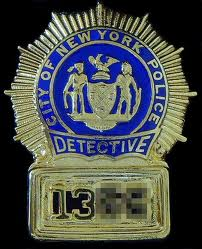 MIAMI BEACH, Fla. - An off-duty detective with the New York City Police Department was shot outside his hotel while on vacation in South Florida, and those responsible for the shooting are still at large.

The shooting occurred at a hotel near 12th Street and Collins Avenue at around 7 a.m., Saturday. According to police, the NYPD detective was shot in a courtyard of the hotel. "While I was sleeping, I heard something going pop, pop, pop, pop, pop," one woman said.

A vacationer who saw the NYPD officer after the shooting said, "I hate to say it, but I thought he was dead, actually. He had to stop breathing for a minute, because his eyes were gone, and then I looked at him for maybe 15, 20 minutes, and his eyes came back."

The victim was transported to Jackson Memorial Hospital, where he underwent surgery. His current condition is unknown.

Some Miami Beach Police officers set up a perimeter in the area and searched for those responsible for the shooting, while others collected clues related to the incident. "The crime scene's going to be as big as it needs to be, so that detectives can work it," said Hernandez.

Collins Avenue, from 12th to 13th Streets, was blocked off during the search. The area has since reopened.

Residents and tourists in the area were stunned by the shooting. "We couldn't get out of our building this morning," said Miami Beach resident Ricardo Gomez. "They had it so roped off that it was horrible."

One business owner said, "Pretty much the whole day, there's no customers, no business able to come in and out of the establishments."

For some, the ordeal brings back horrific memories of another shooting that took place during Memorial Day weekend, involving police who shot and killed a man who was swerving his car toward officers. That shooting occurred about a block away from Saturday morning's incident. "People are scared to come around here now," one man said.

The shooter remains at large.

If you have any information on this shooting or those responsible, call Miami-Dade Crime Stoppers at 305-471-TIPS. Remember, you can always remain anonymous, and you may be eligible for a reward.
Posted by joe levin at 10:05 PM