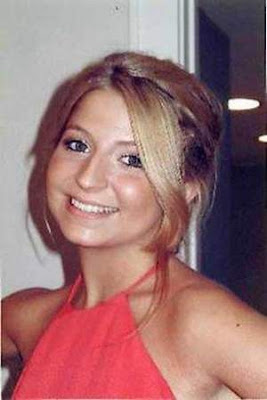 BLOOMINGTON, Ind. — Indiana University sophomore Lauren Spierer was so incapacitated as she left her apartment building the morning she went missing that she stumbled out of her elevator, fell against a wall and had to be helped to her feet by a male friend who led her out of the building, a person who saw the video evidence told The Journal News on Thursday.

The account contradicts statements by friend Corey Rossman's lawyer, who said Spierer, a 20-year-old from Edgemont, helped his client walk home June 3 after he was punched in the face and suffered memory loss.

"As for this idea that she was Florence Nightingale and taking him back because she was concerned, she wasn't in any condition to take care of herself, let alone another human being," said the source, one of scores of people who have seen the evidence, who was willing to comment only anonymously.

"She couldn't even stand up on her own. I have difficulty with this individual (Rossman) saying he can't remember anything when he's the guy who picked her up and took her out of the building."

That was the last video evidence of her that morning.

According to lawyers for Rossman and his roommate, Mike Beth, she stopped in their apartment, then left after Beth put Rossman to bed. Neighbor Jay Rosenbaum, a friend of theirs, said Spierer then visited his place. He told friends that he urged her to sleep over but let her leave after she showed she could walk without stumbling. He told police he saw her rounding a corner toward home about 4:15 a.m. That was the last reported sighting of her.

Police are continuing their investigation and suspect foul play in her disappearance, but have not released any new details for weeks.

Police said she was intoxicated that morning. After going to Kilroy's bar with Rossman, where she left her cellphone and shoes, they returned to her building. When they got there, Rossman was confronted by a group that included at least one buddy of Spierer's boyfriend, Jesse Wolff.

Rossman's lawyer, Carl Salzmann, has said Rossman, a fellow IU student who met Spierer a couple weeks earlier, was punched so hard that he can't remember the fight or any other interactions he had with her shortly before or after. Salzmann told the newspaper June 8 that Spierer was the one who was "helping him home" because of the punch.

The source said he did not see footage of the confrontation, which took place on an upper floor of Smallwood. He said he did see video showing Spierer and Rossman afterward, exiting the elevator at the first floor.

"She comes stumbling out of the elevator, trips several times toward the corner of the lobby, where she comes to rest in the corner of the lobby, falls to her knees and leans against the wall for support until a male companion comes to her aid, gathers her under his arm and escorts her out of the front of the building," the source said. "That whole sequence lasts less than 60 seconds."

Asked about the source's account, Salzmann said Thursday that it's possible "the walking wounded were helping each other."

"I've always said he does not have any memory whatsoever," said Salzmann, who has not viewed the video. "I have no facts about that whatsoever."

Rossman and Rosenbaum have given DNA samples to investigators.

Bloomington police declined to comment on the Smallwood Plaza video.
Posted by joe levin at 5:35 AM