Group of Jewish teens mauled by a bear in Alaska 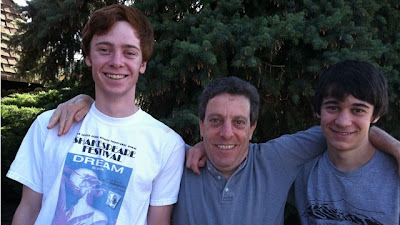 A brown bear, likely protecting her cub, attacked a group of teens participating in an outdoor survival skills and leadership program in Alaska, seriously mauling two and injuring several others, state troopers said.

The teens, who came from as far away as New York for the National Outdoor Leadership School program, were rescued this morning near Chulitna, Alaska, after troopers -- alerted to a possible problem by the youngsters' personal locator beacon -- searched for them for five hours.

Members of the group, who had been in the wilderness for about one month, said they were conducting a river crossing in a line when people at the back of the line heard those at the front screaming that there was a bear.

The two teens at the front of the line received the brunt of the bear attack, police said.

"It's not known for sure why the bear attacked, but whenever there is a bear out with a cub it's always a very dangerous situation," Alaska State Troopers spokeswoman Megan Peters said.

Somehow the group was able to fight off the bear, and then they set up a camp, provide first aid to each other and activate their PLB, according to police.

"I think its great that they were able to, for one thing they were prepared to be out on the wilderness they had the necessary gear," Peters said. "Those were right things to do, they were able to keep their heads about them, stay together and look after each other."

The PLB was activated at approximately 9:30 p.m. Saturday, and a helicopter carrying a pilot and state trooper was launched to investigate the emergency. At 2:45 a.m., the students were found in a tent.

Bruce Palmer, a spokesman for Wyo.-based NOLS, told The Associated Press that the most seriously injured were 17-year-old Joshua Berg of New City, N.Y., and 17-year-old Samuel Gottsegen of Denver.

They were being treated at Providence Alaska Medical Center in Anchorage, where they were both listed in serious condition, according to a hospital spokeswoman.

Among the others injured were Victor Martin, 18, of Richmond, Calif., who was taken to Mat-Su Regional Medical Center and released after being treated for a bite wound above his ankle, according to Palmer.

Noah Allaine, 16, of Albuquerque, N.M., was also at Mat-Su, listed in good condition, according to a hospital spokeswoman.

Three NOLS instructors and seven students are still in the woods, unaware that this attack occurred, police said.

"Right now our focus is getting to the other people that were part of the larger course that are in the area, some of them don't know that the bear mauling occurred so we're trying to track them down and take them out of the field because our fear is that if they come across the same bear the same thing might happen to them," Peters said.