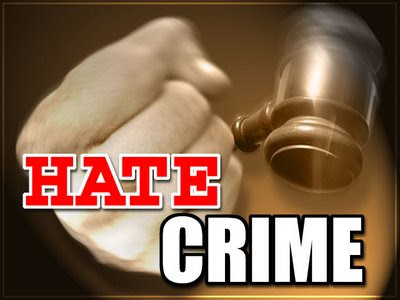 PARIS – A 12-year-old boy was beaten outside his Jewish school in Paris by youths reciting anti-Semitic slogans, school officials said, amid high security and tensions in France following killings of Jewish children and a rabbi last week.

The boy did not suffer serious injuries.

Both the school shooting and this week's beating involved the Ozar Hatorah network of Jewish schools.

Emotions have been raw in France, especially within the half-million-strong Jewish community, since a gunman shot a rabbi and his two sons, 3 and 5 years old, and the 8-year-old daughter of the principal of the Ozar Hatorah School in the southern city of Toulouse on March 19.

radical Muslim gunman named Mohamed Merah claimed responsibility for that attack and killing three French paratroopers, before he was shot to death by police.

The 12-year-old boy was hit and punched in the back of his head Monday afternoon as he left the Ozar Hatorah School in southeast Paris, the school's human resources director, Katia Normal, said Tuesday. She said the aggressors were two boys a couple of years older than the victim who recited anti-Semitic slogans.

It happened about 100 meters from the entrance and therefore out of sight of the police officers guarding the school.

An official with the Paris police said the school reported Monday's incident but did not elaborate on what happened because it involves a minor.

"There was a feeling of solidarity for our schools after this drama (in Toulouse)," he told The Associated Press. "Now I fear that this has provoked a hostile reaction, shown by the attitude of these boys who called him dirty Jew and beat him up."

"We have to be vigilant, because this could lead to more aggression," he said.

France is deep in an election campaign that has touched on questions about the French identity. Jews are shaken by last week's killings, and France's large Islamic community -- estimated at 5 million -- fears a backlash because the killer was Muslim.

Sarkozy and other politicians have called for unity and tolerance.

Merah's shadow hung over a ceremony Tuesday commemorating a somber anniversary: 70 years since Nazi-occupied France deported its first convoy of Jews and others to concentration camps during World War II.

Famed Nazi hunter Serge Klarsfeld and a French government minister were among those present at the ceremony in the Paris suburb of Drancy. It honored the 1,112 Jews sent March 27, 1942 from Drancy to the camps at Auschwitz. Only 19 survived.

Authorites went onto send 76,000 people from France to Nazi camps, most from Drancy. Most died.

"The anti-Jewish hate that led these tens of thousands of victims to an atrocious death remains, alas, persistent and alive, even if it has changed its vector and Hitlerian ideology has been substituted by the most extremist fringe of Islam," Klarsfeld said.

Junior defense minister Marc Laffineur, speaking at the ceremony, said, "In attacking, with incredible cruelty, children and soldiers of the nation, Mohamed Merah was targeting each one of us."

Referring to France's motto, he said Merah targeted "the heart of all those who demand liberty, equality and fraternity."