NYPD Cracking Down On Cops That Run Red Lights 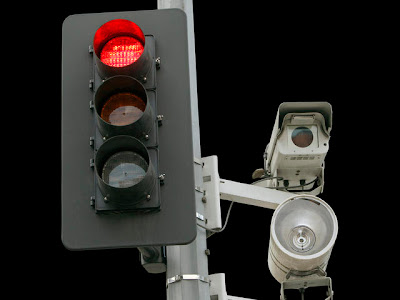 NYPD brass is cracking down on cops who go through red lights while on patrol by forcing officers to fork over $50 fines if they get caught on camera and can’t prove they were on legitimate police business.

A Manhattan cop said he was hit with a summons three months ago after he ran a red light to stop a vehicle with a potential drunken driver.

The motorist was sober but tired, so no ticket was issued, and the cop didn’t make a note of the stop in his memo book, he said.

When the precinct received the red-light summons, his supervisor grilled him — then ordered him to pay the fine.

They didn’t believe me,” the cop said. “Where was the proof? I had to pay it out of my own pocket.”

We were trained in the Police Academy that the greatest single deterrent to crime is police omnipresence, which translates into catching the bad guys by surprise,” said Pat Lynch, head of the Patrolmen’s Benevolent Association.

If that means circling a block with suspicious activity or passing a light for the sake of catching a perp off guard, then so be it.”
Posted by joe levin at 8:34 AM