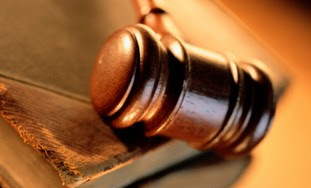 As part of plea bargain, defendant had previously pleaded guilty to indecent assault, rape that took place 11 years ago.

The Tel Aviv District Court sentenced a man to nine and a half years in prison on Sunday for raping and indecently assaulting an 11-year-old boy eleven years ago.

As part of a plea bargain, the defendant, Nahman Nohi, had previously agreed to plead guilty to multiple counts of indecent assault and one charge of sodomy under circumstances of rape. However, the plea bargain did not include any arrangement regarding punishment.

According to the amended indictment, the assaults took place around eleven years ago. Nohi first met the complainant, an 11-year-old boy, in a public garden. Nohi had studied Torah with the boy’s father, the indictment said. On that first occasion, Nohi hugged and kissed the boy, then gave him some money for candy.

Nohi indecently assaulted the boy twice more, including in his car, the indictment said.

A few days later, Nohi took the boy into a room in his yeshiva, where he sodomized and raped him.

In the arguments for sentencing, the prosecution said Nohi had committed serious crimes that took advantage of the complainant’s innocence as well as his background as a child of a large haredi (ultra-Orthodox) family of limited means.

The defense argued that Nohi had expressed remorse and had not repeated his acts since, and was not the same person today as he was when he committed the assaults.

In a victim impact statement to the court, the complainant said he was afraid and could not forget the past. His abuse had prevented him from developing relationships with women and a career, he said, and he felt ‘closed, closed’.

In addition to the nine and a half year prison sentence, judges Gilad Neuthal, Meir Yifrach and Gilya Ravid ordered Nohi to pay the complainant NIS 35,000 compensation.
Posted by joe levin at 9:39 AM