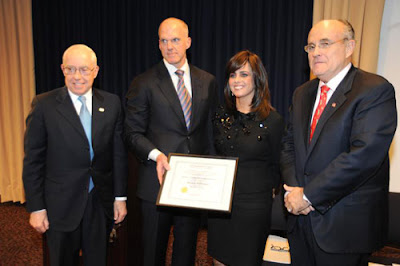 The grieving mother whose son was slain on the Brooklyn Bridge 18 years ago because he was Jewish said she feels the pain of her beloved boy’s death “every minute” of every day.

“I miss him,” Devorah Halberstam said of her son, Ari, who died at 16 in a hail of bullets as the van he and other Hasidic Yeshiva students were riding in approached the Brooklyn Bridge. “He never had a chance.”

Halberstam also blasted the convicted killer, Rashid Baz, saying he should have faced hate-crime and terrorism charges to send a message to other would-be terrorists.

“They knew right away this was an international incident,” Halberstam said. “But back then, terrorism wasn’t on the radar screen.”