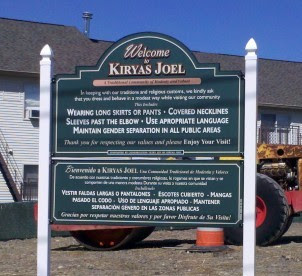 GOSHEN – A State Supreme Court justice has declared a Woodbury village law that prohibits the sale of ground water within its bounds to other municipalities null and void. The ruling by Justice Lawrence Ecker tossed the local law saying the state, not a local municipality, has control over groundwater and what it wants to do with it.

The Woodbury Heights Estates Water Co., Inc. filed the law suit against the village. The company owner argued that the real purpose of the local law was to prevent his development of Forest Edge subdivision, and, consequently to stop the expansion of the Hasidic Village of Kiryas Joel in the area.

The company’s owner, Zigmond Brach had sold property in the village months after the law was adopted so that Kiryas Joel could build a water tower to provide its residents with potable water.

The Village of Woodbury sought to block that maintaining Brach did not obtain subdivision approval. But, Supreme Court Justice Elaine Slobod ruled in favor of Brach contending Woodbury could not indirectly affect KJ’s property rights by seeking an order compelling Brach to rescind the deed.
Posted by joe levin at 7:43 AM