Cops say Ryan Beauchamp was involved in a fight on the L train platform at Bedford Ave. Friday night. During the fight college student Joshua Basin fell onto the tracks and was killed by an oncoming train. Beauchamp was arrested Tuesday 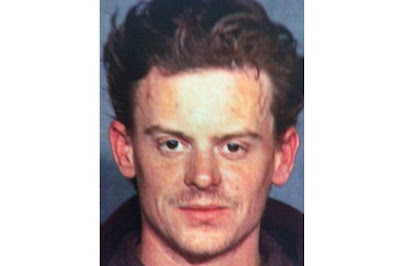 NYPD collared the boozed-up straphanger who they say started a fight in a Brooklyn subway station and left a college student dead,

Ryan Beauchamp, 33, was picked up by cops after they spotted him on Bushwick Ave. in Bushwick about 2 p.m. Tuesday, sources said. Charges are still pending.

Beauchamp, who is homeless, was hassling passengers on an eastbound L train Friday night, when he zeroed in on Joshua Basin, 20, cops said.

When the train stopped at the Bedford Ave. station in Williamsburg, the argument spilled onto the platform, cops said. Suddenly, Beauchamp attacked Basin and the two fell onto the tracks as a Manhattan-bound train rolled into the station, cops said.


Beauchamp climbed out of the track bed and ran away, but Basin — a junior at LaGuardia Community College — was hit by the train as he struggled back to the platform, police said.

On Saturday, his heartbroken mother and friends described Basin as an aspiring actor who loved music and poetry.

“He was my miracle child,” his mother said. “He wasn’t even supposed to be born.”
Basin was born a twin, but the only one to survive.

Beauchamp was caught on surveillance video leaving the subway station.

Cops later matched the images to a mugshot taken of Beauchamp after an arrest during an Occupy Wall Street demonstration on Oct. 8.