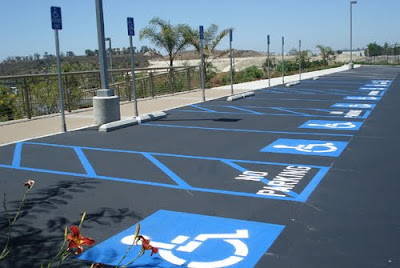 The mother of a 14-year-old wheelchair-bound boy has called on the federal government to abolish a new city ordinance that charges disabled residents an annual fee to maintain handicapped parking spots in front of their homes.

Elisheva Stein last week filed a civil rights complaint with the U.S. Department of Justice, claiming that the city’s policy of charging disabled residents for handicapped parking violates the American with Disabilities Act.

Stein, who has a handicapped parking spot in front of her Union Avenue on behalf of her son, Isaac, says the new policy is unfair because disabled person are the only residents charged for on-street parking.

“It’s discriminatory,” Stein said. “Passaic doesn’t have permit parking, so nobody else gets charged to park on the street. How can they charge a disabled person?”

Passaic, which expects to lose $1.4 million in state aid this year and is struggling to balance its budget, in February began charging about 240 disabled residents for the handicapped signs in front of their homes. The city charged $40 for an existing sign or $50 to have the sign “personalized” with a license plate. Another 100 disabled people who have applied for signs and have been put on a waiting list would be charged $75 to have personalized signs installed.

The city estimates it costs about $650 to designate a handicapped parking spot, given costs of surveying, engineering, parts and labor. With a tight budget, Passaic has adopted a “users pay” philosophy for services.

Stein disagrees. In her complaint, she claims the city policy violates Title II of the Americans with Disabilities Act, which “prohibits discrimination on the basis of disability by public entities.”

“It’s the principle of the matter,” she said. “It’s just wrong to charge handicapped people to park on the street. No one else gets charged. It’s not just me that I’m speaking for. I’m speaking for all the other disabled residents of the city.”

Stein is the wife of Barry Stein, who served on the council during 1991-95. The couple had two children born with disabilities. A daughter, Chavie, died three years ago. Isaac has cystic fibrosis, a genetic lung disease that also affects other organs. He is confined to a wheelchair and can stop breathing at any time, so the couple must always be ready to drive the boy to Hackensack University Medical Center.

The Steins have a specially designed van with an elevator lift on the side to load Isaac in his wheelchair. It usually is kept in the driveway. About five years ago, the couple applied for a handicapped parking spot in front of the house, which would make it faster to load Isaac for runs to the hospital.

In between trips there, Isaac has a fairly routine life. His mother spends two hours each morning getting him ready, then drives him to school in Clifton. Then she picks him up in the afternoon. When he comes home, there are visits from therapists and home health aides.

Sometimes, Stein said, she returns and the handicapped parking spot has been taken by a commuter using the New York City-bound bus that stops at the corner.

“On days when there’s alternative side of the street parking, the street gets very crowded,” she said. “I’ll call the cops, and they usually come and write a ticket. But it’s very frustrating.”

Last week, she sent a letter to Mayor Alex D. Blanco and all seven City Council members, alerting them to the complaint. She also sent a copy of the complaint to the city clerk’s office, hoping it would bring pressure to rescind the ordinance.

“You are singling out the disabled population in Passaic in order to make money,” she wrote. “This has been stated by many of you in recent press releases and newspaper articles. You have enacted an ordinance specifically targeting disabled people for profit.”

Several disabled residents who protested at recent council meetings were rebuffed. Council President Gary S. Schaer told them that if they could afford the money for a car, gasoline, and insurance, then they should be able to afford $40 or $50 a year for a handicapped parking sign.

Barry Stein said his council experience taught him that government should look out for the least vulnerable.

“Handicapped people are a small group of silent people,” he said. “They didn’t choose to be handicapped. My son did not choose this way of life, and the town should be sensitive and try and accommodate this. Disabled people should be accommodated, not penalized.

Email ThisBlogThis!Share to TwitterShare to FacebookShare to Pinterest
Labels: BY RICHARD COWEN