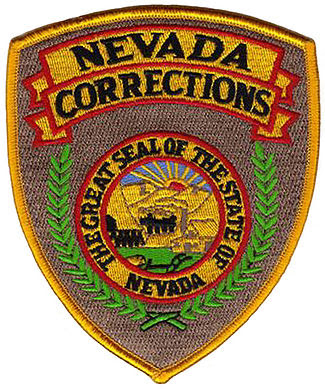 After nearly 10 months of litigation, the Nevada Department of Corrections has reached an agreement with an Orthodox Jewish inmate who said prison officials were refusing to serve him kosher meals.

"We're very appreciative that the state is working with us to try to resolve this, as opposed to spending substantial taxpayer dollars to fight prisoners' exercise of their constitutional rights," attorney Jacob Hafter said this week.

At a hearing a few days later, attorneys involved in the case said they had reached an agreement that eliminated the need for a restraining order. But that detente ended in January, when Ackerman filed an amended lawsuit.

The following month, U.S. District Judge Gloria Navarro issued an injunction that barred the department from serving its new "common fare" menu to Ackerman. She also ordered the department to ask the 292 other prisoners who were receiving kosher meals whether they wanted to be included in the injunction.

Prison officials insisted the new menu would be kosher and said it would save the department about $1.5 million in fiscal 2013. Hafter said it would not be kosher because it lacked rabbinic supervision.

The state appealed Navarro's decision on the injunction to the 9th U.S. Circuit Court of Appeals in San Francisco but later stayed the appeal.

In a stipulation filed Friday in U.S. District Court, parties on both sides of the case agreed to a six-month stay. They also asked Navarro to certify the case as a class action.

Hafter said the stipulation "makes a lot of the arguments in the appeal moot."

The stipulation identifies class members as prisoners "whose religious beliefs command the consumption of a kosher diet."

A corrections spokesman said the common fare menu, which would have replaced the kosher menu, was designed to encompass all religious-needs diets.

According to the stipulation, department officials have agreed to obtain rabbinic kosher certification of food prepared for class members "and demonstrate an ability to maintain such certification."

"They're agreeing to obtain certification of the meals, which they were not willing to do before," Hafter said.

According to the stipulation, which awaits Navarro's signature, the parties agreed to the six-month stay to give prison officials sufficient time to accomplish the certification.

"The goal is that the entire common fare menu will be certified kosher," Hafter said. He estimated that 50 to 150 people will be included in the class.

He said the group protected by the injunction included "tag-alongs," or people whose religious beliefs did not require a kosher diet.

Keeping kosher is an "essential tenet" of Orthodox Judaism, according to Ackerman's lawsuit.

Those who adhere to a kosher diet do not eat pork, shellfish or certain birds. Meat and dairy products may not be eaten together.

Although fruits and vegetables are kosher, they may not come into contact with nonkosher food, utensils or dishes.

Ackerman, 51, is serving a life sentence with the possibility of parole in a kidnapping case. He is imprisoned at the Lovelock Correctional Center.

Las Vegas Review - Journal
Posted by joe levin at 6:11 AM