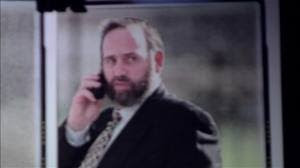 Weiss received what the Justice Department has said is likely the longest term ever imposed for a white-collar crime. By comparison, Bernie Madoff is serving 150 years in prison for his fraud scheme.

WASHINGTON: It's easy to see why insurance swindler Sholam Weiss was not entirely satisfied with a judge's decision to cut 10 years from his prison term.

Even after the reduction, Weiss still had 835 years to serve for his role in the collapse of a life insurance company in the 1990s that cost thousands of people their life savings.

Weiss is asking the Supreme Court for much more, his release from prison and return to Austria, where he was arrested nearly a year after he fled the United States during his criminal trial in Orlando, Florida.

The justices could decide as early as Monday whether to hear his appeal.

The issue before the court is a complicated mix of a treaty that governs extraditions between the U.S. and Austria and the powers of federal judges.

Weiss says the U.S. reneged on a promise to resentence him made in exchange for Austria's agreeing to send him back to the U.S.

He also says the judge who cut his sentence lacked the authority to do so.

If he loses at the Supreme Court, Weiss still may be able to appeal his conviction and sentence, even though an appeals court had earlier ruled that he forfeited his appeal rights when he became a fugitive.

Weiss received what the Justice Department has said is likely the longest term ever imposed for a white-collar crime.

By comparison, Bernie Madoff is serving 150 years in prison for his fraud scheme.

Weiss was among seven people who were convicted or pleaded guilty to racketeering, money laundering and other crimes that led to the collapse of the National Heritage Life Insurance Co. in 1994, taking with it the life savings of many of the company's 25,000 customers.

A jury found Weiss guilty of 93 counts for his role in a plot that skimmed $400 million from the company. But by the time the verdict came down, Weiss had taken flight.

A judge gave him 845 years in prison - followed by three years of probation - ordered Weiss to repay $125 million in customer losses and fined him an additional $123 million.

Weiss, meanwhile, passed through Brazil, Israel, Belgium and Britain, lost 50 pounds (22 kilograms), shaved his beard and acquired documents that identified him as Charles Dick. He was captured in Austria in October 2000.

An Austrian court initially refused to extradite him, but Austria's Supreme Court reversed that decision. Eventually, Austria said Weiss could be sent back to the United States on all but one count of obstructing justice because Austria lacks a corresponding crime.

Once Weiss was back in the United States, a federal judge threw out the obstruction count, in accordance with the terms of the extradition and reduced Weiss' sentence by 10 years.

Weiss says he was entitled to a full resentencing under the agreement by which Austria returned him to the United States. He argues that his continuing imprisonment violates the two countries' extradition treaty.

Because his extradition took place under what he considers false pretenses, he says the only appropriate remedy is to send him back to Austria.
Posted by joe levin at 8:05 AM