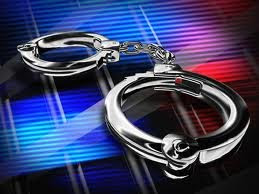 Two Spring Valley men have been charged with possessing property stolen from cars in the village and in nearby Monsey, town police said Friday.

Jerome Thomas Brown, 24, and Robert Wilmer Boone, 25, are accused of having a dozen cellphones, a wallet, a GPS unit and other items, Ramapo police said.

Officers arrested them Wednesday on a felony count of fourth-degree criminal possession of stolen property and a misdemeanor count of possession of burglar's tools.

Car break-ins and thefts from unlocked vehicles have been occurring across Rockland.
Many police departments report that unlocked cars allow thieves easy access to personal items left on seats and dashboards.

"We've made arrests in the past, and it restarts with different suspects," Ramapo Detective Sgt. Brian Corbett said.

Brown and Boone, both of South Madison Avenue, remained in the Rockland County jail in New City on Friday.

Many of the cellphones had dead batteries.

"We're looking to reunite people with their property," Corbett said.

Anyone who believes property was stolen from their cars during the past two to three months can call the Ramapo Police Department at 845-357-2400 and ask for the Detective Bureau.
Posted by joe levin at 6:28 PM

Email ThisBlogThis!Share to TwitterShare to FacebookShare to Pinterest
Labels: lohud.com