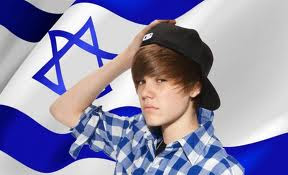 SYDNEY -- Canadian pop sensation Justin Bieber refused to crack after coming under attack during a performance in front of thousands of screaming fans in Sydney, Sky News Australia reported Saturday.

The teen superstar was performing at the city's Acer Arena on Friday night, when six eggs were launched from the crowd.

Footage of the incident showed two eggs landing within a meter of the singer during a routine, before four more dropped seemingly from above him, smashing instantly at the front of the stage.

Bieber backtracked away from the audience as a helper quickly cleaned up the mess, before the show went on.

The incident prompted a storm of criticism on social networking sites with one fan taking to Twitter to warn the culprit, "Dear person who threw eggs at @justinbieber in Sydney, you now have over #9millionbeliebers after you, be afraid! We go harder than hard!"