Russian suspected in B'klyn stabbing told sis: 'You will never see me again' 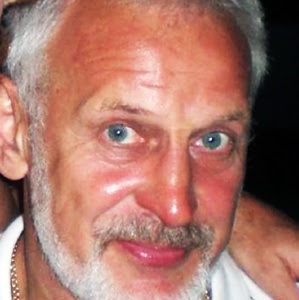 A new photo offers a haunting first look at the bearded butcher wanted in the horrific slashing deaths of his wife and stepdaughter -- even as the fugitive's family fears it might be the last picture of him alive.

A weeping Nikolai Rakossi, 58, called his sister, Lydia, last Sunday from the US -- just after mom-and-daughter nurses Tatyana, 56, and Larisa Prikhodko, 28, were savagely slain in the Sheepshead Bay apartment Nikolai and Tatyana shared.

"He told me: 'Please don't keep any offense in your heart about me. Forgive me. You will never see me again.'

"Then he ended the call."

Lydia, who lives outside Moscow, said she and another relative tried desperately to dial him back -- but he never picked up.

"Then we found out from the media what happened," she said.

The older sister said she hasn't heard a word from her brother since he went back to Russia on an Aeroflot flight exactly one week ago.

And she fears the worse.

"I don't think he is alive now, after what he told me," she said.

"Knowing him, I don't think he would be able to live with himself and carry the burden of having killed the person he loved more than himself, and her daughter," Lydia said.

"I think he would follow them to death very soon."

But if not, she'd rat him out in a minute.

"If he is still alive and I see him, I will say to him: 'What have you done? What HAVE you done?'

A spokesman for the NYPD said that the investigation into the April 16 slayings continues and that officials have no indication Rakossi has committed suicide.

Rakossi allegedly knifed his wife before coldly turning on his stepdaughter, Larisa, the mother of a 3-year-old boy, Ryan, when she walked in on the bloodbath in the East 13th Street home.

Both women suffered multiple stab wounds to the face and abdomen.

Lydia is grateful her brother's grandson was spared.

"It is such luck that Ryan was not in the flat but with his father when this awful thing happened," Lydia said. "I can't imagine what he might have done to him."

The devastated sister said the attacks were out of character for a man she felt as close to as she would a twin.

"He never abused me -- not at all, not even in childhood," she said.

She said her brother had been in the United States for about 12 years but had kept his Russian citizenship. Rakossi served in the Soviet army as a conscript and was posted to North Africa. He was previously married in Russia, before leaving for America.

He continued to own a flat in a town close to her home, she said.

No one answered at the address yesterday when The Post knocked.

Lydia says she can't sleep knowing what her brother has done -- and is haunted by images of the bloodshed.

"I close my eyes, and I see Tatyana and her daughter," she said. "It is so terrible. I love my brother. We were so close.