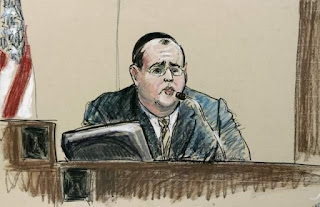 New Jersey - Solomon Dwek, the failed real estate developer who became the central figure in a huge New Jersey corruption scandal, will not be sentenced until March 5, 2012, U.S. Judge Jose L. Linares of the District of New Jersey ruled on Wednesday.

Dwek’s sentencing has already been delayed three times in three years, The Star-Ledger reported, so the latest rescheduling is not a stunning surprise.

Given the rescheduling of Dwek’s sentence, it appears that the investigation and resulting prosecutions have a way to go.
Posted by joe levin at 5:57 PM