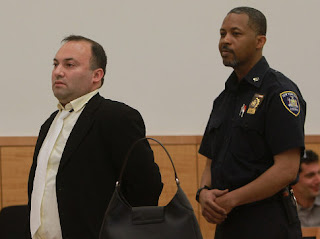 The owner of a Brooklyn soccer club was thrown in jail Wednesday after being charged with molesting an 8-year-old player last summer.

After dropping off kids from his Dynamo NY Soccer Club, Stanislav Rozovsky, 39, drove the only girl in the group to his Manhattan Beach home, where he attacked her, prosecutors said.

The girl did not report the August incidents until December, when she confided in a school staffer who called her mom, according to court papers.

"The child has a lot of details about the defendant's conduct," said prosecutor Jacqueline Kagan.

He pleaded not guilty and "denies the allegations," said his lawyer Alexandra Tseitlin.

Prosecutors said Rozovsky, who runs soccer camps and after-school training for south Brooklyn's Eastern European community, remained active in the program while out on bail following his February arrest.

He was shuttling his players around even though he has nearly 50 license suspensions, many of which he never answered.

That prompted Justice Patricia DiMango to triple his bail to $75,000 cash, effectively locking him up for the foreseeable future.

"There is little to no respect to court mandate or court rules," the judge said of his driving delinquencies.
Posted by joe levin at 9:22 PM