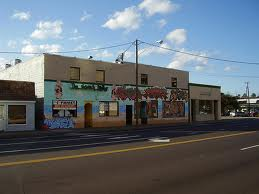 The stormy history of The Jewish Mother restaurant and nightclub has taken yet another dark turn.

Longtime owner John Colaprete, who over the years fended off state and federal agents and several near collapses, filed a federal lawsuit alleging that his business was stolen out from under him. He is suing his partner, Scotty Miller, for more than $5 million, saying Miller stole The Jewish Mother trademark and opened two new restaurants while shoving Colaprete aside.

Miller says he became the sole owner of the iconic business when he bought out Colaprete's Jewish Mother stock in 2004. Miller filed a state civil action alleging that last year but withdrew the suit before it was resolved.

"We are unhappy with Mr. Miller," said Douglas Kahle, a Virginia Beach lawyer representing Colaprete in the federal suit. "We have confronted him. We have told him we will be taking action. He seems pretty arrogant with his disregard with what Mr. Colaprete built over 35 years."

Citing a need at the Virginia Beach Oceanfront for a New York-style deli and music venue, Colaprete and two partners opened The Jewish Mother in 1975.

In 1994, agents with the Internal Revenue Service and the state Department of Alcoholic Beverage Control raided The Jewish Mother's Beach and then-Norfolk locations as well as Colaprete's and Miller's homes. Miller at the time said agents pointed guns at him and accused the businesses of being havens for drug activity and money laundering.

The criminal investigation ended without any charges, and a judge in a later civil action ruled that a disgruntled employee fabricated the allegations. The Norfolk location closed and the Beach business nearly folded too, but Colaprete and Miller managed to keep it going.

Lately, business has been good, with annual revenues approaching $1.5 million.

As Colaprete got older, he put Miller in command and made him president. Then, in 2009, they learned that their Pacific Avenue building in Virginia Beach would be torn down to make way for condos. According to Kahle, Colaprete put Miller in charge of finding a new location.

In January 2010, Miller filed suit in Virginia Beach Circuit Court, saying he purchased all of Colaprete's stock in 2004. Colaprete, he alleged, was out of the business.

Colaprete countered that he did in fact sign papers turning his stock over, but that Miller never paid him for it. Therefore, the deal was null and void, he said in his response.

Miller dropped the suit in February.

When reached Thursday, at opening day for The Jewish Mother's new Hilltop location, Miller declined to comment but referred to a court order he says he received in that civil suit. The order says that despite the dispute over stock ownership, Miller was given authority to scout for a new Jewish Mother location.

Kahle said Miller took that order too far in establishing a new corporation without Colaprete's name attached. He said Colaprete was greeted with the news when he returned from Jamaica, where he owns a small hotel. Colaprete did not return messages for this story.

"I don't know the exact words, but the clear message was, 'See you later. You're out,' " Kahle said.

The lawsuit says The Jewish Mother Inc., which lists Colaprete and Miller as officers and directors in State Corporation Commission filings, maintains ownership of The Jewish Mother trademark, including graphic designs, menu items and advertisements.

The suit says Miller is unlawfully using those trademarks in both the Beach location and a recently opened The Jewish Mother Backstage on Granby Street in downtown Norfolk.

Miller and another defendant, the suit says, put the new Beach location under the corporate name Nevan & Associates Inc. and the new Norfolk restaurant under the name RSM of Virginia Inc.

Kahle said he expects to seek an injunction from the court forcing Miller to stop using The Jewish Mother name.

Miller's attorney, Jeffrey Talbert, said Thursday he had not yet seen the suit and could not comment on it.
Posted by joe levin at 3:15 AM