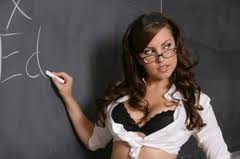 A school teacher who may have been upset about losing his job was arrested after he disrobed at his school and walked around naked.

Harlan Porter was caught by another teacher walking the halls of B.C. Haynie Elementary School in Morrow with his clothes off, according to a police report obtained Wednesday by the AJC.

It was around 3:20 p.m. Friday, after the students had gone home, and no child saw him naked, said Capt. James Callaway of the Morrow Police Department.

"Had he been seen by students, he would have been charged with child molestation," Callaway told the AJC.

Porter, 31, was charged with public indecency and indecent exposure, and booked into the Clayton County Jail. By Wednesday, he was out on a $2,000 bond.

The charges are a misdemeanor on a first offense, and Porter has no prior convictions, according to the police report.

Clayton County school system officials could not immediately be reached for comment.

Callaway, the police captain, said Porter was a teacher at B.C. Haynie but that he'd learned before the incident that his contract would not be renewed.

The police report says Porter had been behaving unusually. Teachers told police that he was a vegan who'd sworn off soft drinks, yet he'd gone to Taco Bell for tacos in the hours before he stripped.

The arresting officer wrote in the incident report that Porter spoke of a "new level of enlightenment" and said "he wanted everybody to be free now that his third eye was open."

"I then explained the obvious problem with his third eye being opened in public," the officer wrote. "He readily agreed that his decision to remove his clothing posed a problem and stated that he understood why I would likely have to place him under arrest."

Porter put his clothes back on at the officer's request, and the officer then double lock handcuffed him into the back of a police cruiser.

Porter told the cop that he understood his career with the Clayton school system was probably over. He said he still wanted to teach, but "on a new level, with hands in the earth, gathering the essence and learning how to love one another and fully appreciate the spiritual realm."
Posted by joe levin at 11:48 AM