Second Female ‘Rabba’ To Be Ordained 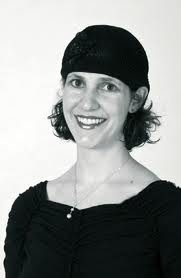 second woman will soon be ordained under the title “rabba”.

Quoting the Jewish Week, the JTA reports that the Academy of Jewish Religion in Riverdale is set to ordain Kaya Stern-Kaufman, 47, of Great Barrington, Mass., at a ceremony on May 12.

Her ordination comes a year after Rabbi Avi Weiss, who heads the Hebrew Institute of Riverdale, conferred the title rabba on Sara Hurwitz, who serves the congregation, causing controversy throughout the Orthodox world.

A month after ordaining Hurwitz, Weiss said that he would no longer ordain women with the title rabba.

The article says that Weiss is not affiliated with the Academy of Jewish Religion.

Before giving her the title Rabba, she was given the title “Maharat”. When making that change, Weiss stated that the change in title is designed to “make it clear that Sara Hurwitz is a full member of our rabbinic staff, a rabbi with the additional quality of a distinct woman’s voice.”

Following the ordaining of Hurwitz, The Moetzes Gedolei Hatorah of America released a statement condemning Weiss and his Rabba.

“These developments represent a radical and dangerous departure from Jewish tradition and the mesoras haTorah, and must be condemned in the strongest terms. Any congregation with a woman in a rabbinical position of any sort cannot be considered Orthodox,” the statement read
Posted by joe levin at 3:48 PM