Eli Federman's Op-Ed in the Forward: Ending the Culture of Silence 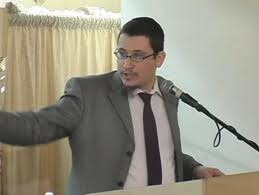 At the Passover Seder, we are supposed to ask questions about why things are done the way they are. Recently I asked some questions about the government-funded social service agency that serves my Jewish community in Brooklyn, the Crown Heights Jewish Community Council. Specifically, I questioned the policy that only allows men to vote for the council’s leaders. In public letters I argued that the policy might violate the Constitution (or at least civil rights statutes), and I cited various sources in support of my contention that there is no halachic reason for excluding women from voting in elections for a secular organization.

The New York Times reported on the story, and within hours of the article appearing online heated debates were breaking out on news sites that serve the Crown Heights community. Some online commenters expressed support for my position, while others vigorously disagreed with me. This is to be expected and reflects the diversity of opinion within my community. (Indeed, this issue has been the topic of debate within our community for some time, a discussion that the Forward reported on in a blog post last year.)

Some commenters, however, took a more troubling position. They labeled my actions a chilul Hashem, a public desecration of God’s name, arguing that by reporting on this policy the Times article had cast the community in an unfavorable light.

The fact that some in the community viewed the broadcast to the wider world of this male-only voting rule as a chilul Hashem suggests that they recognize the injustice in the policy. Otherwise, what is there to be ashamed of? Why else would they feel threatened by seeing it reported by the newspaper? And if in fact the policy is shameful, then why aren’t these commenters lobbying to change it?

But their reaction highlights a much larger problem facing my community: a culture of secrecy that all too often represses discussion of important issues for fear that the outside world will hear. This is a problem for many segments of the Orthodox and Hasidic worlds, with often profoundly destructive consequences.

I was accused of a chilul Hashem for raising questions about a nonprofit organization’s bylaws. But the same accusation can be hurled at those who call attention to abuse or domestic violence within religious Jewish communities. Members of these communities are paying a terrible price for a culture of silence that prevents us from openly and honestly confronting our problems.

Of course, I am well aware of the negative stereotypes that exist regarding the religious Jewish community, such as the notion that we are reactionary. We saw these prejudices in some of the comments that were posted in response to the Times article. So I can sympathize with anxieties about airing our dirty laundry.

Last December when the Crown Heights rabbinic court issued a decree prohibiting community members from speaking directly with the police or media regarding grievances related to law enforcement, there was an outpouring of community outrage. This suggests that the code of silence is not something that is endemic to our community.

I love my Hasidic community and its culture. I believe that the culture of silence is something that is imposed on our community by those who have something to gain by keeping secrets.

In Crown Heights we are rightly proud of our community and its traditions. That’s why we welcome those from the outside to come to our community and learn, and that’s why many of us go out into the far corners of the world to spread yidishkayt. We reach out to all Jews, as well as to the non-Jewish world, because we have profound wisdom to share. We, of all people, should have the confidence to know that we should have nothing to hide.