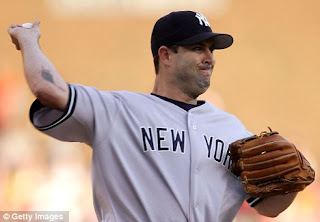 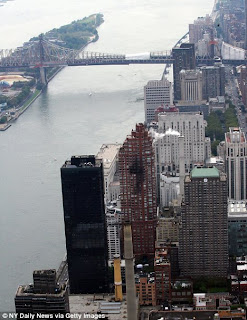 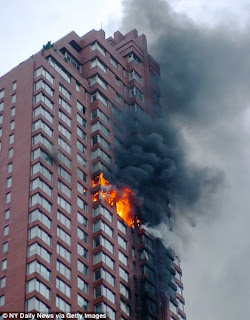 Yankees pitcher Cory Lidle made a series of errors before the plane he was piloting crashed into a Manhattan apartment building, a court has heard.

Mr Lidle, 34, and his instructor Tyler Stanger, 26, were killed when their plane came down on the Upper East Side in October 2006.

The pair made several mistakes as they tried to make a sharp ‘high performance’ turn in one of the busiest air corridors in the country, said a lawyer for the plane manufacturer in the opening statements of a lawsuit.

The jury heard that the plane crashed after the men took a detour past the Statue of Liberty and up the East River on a flight to California, days after the baseball season had ended.

Mr Lidle had bought the plane months earlier and had flown it for only four hours before the accident.

Patrick Bradley, representing the Minnesota-based manufacturer, said the company was ‘genuinely sorry’ that its Cirrus SR-20 was involved in the ‘terrible tragedy’, but it ‘is wrong an unfair to blame someone for something they didn’t do.’

He compared the manoeuvre that brought down the plane to trying to make a sharp left turn while driving a car at 55 to 65mph.

He said the pilots could have started the turn from an altitude of up to 1,200ft, but instead were only at about 600ft, about half the eight of the Empire State Building.

But Todd Macaluso, representing the families, argued it was a design flaw that caused the crash.

‘The plane could have made the turn, but the flight controls were jammed,’ he told Manhattan Federal Court.

Mr Macaluso told the jurors that he would prove that the company rushed the plane into production a decade ago with an inferior control system.

Mr Lidle and Mr Stanger desperately tried to re-engage a jammed steering system as the plane went out of control, rolling and dropping altitude in the last 45 seconds before the crash, he said.

He said the plane ‘was all over the place’ and that the parachutes also malfunctioned.

‘If you can't control the airplane, you can't be at fault,’ he said.

At one point, Mr Lidle’s widow dabbed tears in her eyes as Mr Macaluso showed photographs taken inside the apartment that the plane crashed into.

The flight had taken off from a New Jersey airport after Mr Lidle and Mr Stanger’s had families enjoyed a visit to the top of the Empire State Building.

The men's wives and children were going to board commercial jets to California, while Mr Lidle and Mr Stanger flew the private plane.

The National Transportation Safety Board concluded that the two men misjudged the turn and did not realise their mistake until it was too late. That conclusion was not told to the jury.

The case continues.
Posted by joe levin at 2:32 PM