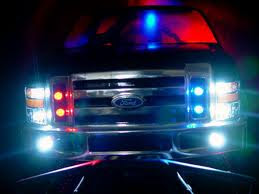 Brooklyn, NY - Two members of the four man gang that has been stealing rims and tires from late model and new vehicles were apprehended this morning by alert members of the Williamsburg Shomrim Safety Patrol.

The gang was known to work quickly, cruising the streets looking for likely targets, then using hydraulic tools to remove the wheels quickly, leaving the cars propped up on cinder blocks.

After noticing a suspicious vehicle occupied by four black males at 6 AM this morning, Shomrim followed the car which stopped at South 10th Street and Wythe Avenue. As two of the men began removing tires from a vehicle, Shomrim called for backup which arrived within seconds.

The two suspects in the vehicle drove away from the scene and were followed by a Shomrim member who gave up the chase when one of the men simulated pointing a gun at him.

The other two suspects attempted to flee the scene but were caught a few blocks away and held by Shomrim for the NYPD who arrived several moments later and placed them under arrest.
Posted by joe levin at 5:32 PM