NYPD Lieutenant Gerard Iucci is referred to by sources as 'Mr. Fix-It' for making tickets go away 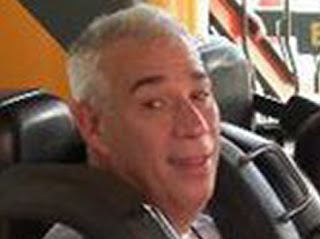 An NYPD ticket-fixing scandal is shining a light on a little known office at Police Headquarters where tickets are made to disappear - and top brass say it's all legit.

A desk manned by Lt. Gerard Iucci is the only place where a motorist can get a ticket officially thrown out without having to go to court. Iucci - who reports directly to the Chief of Department Joseph Esposito - is described by sources as the NYPD's Mr. Fix-It.

Police officials were quick to defend the longstanding practice and said there was no comparing it to the ticket-fixing scandal that has rocked the department.

"There's a big difference between legitimately voiding a ticket that was issued erroneously and 'fixing' one that was properly issued," said NYPD chief spokesman Paul Browne.

He declined to answer how many tickets land on Iucci's desk each year or why certain people had access to top brass while everyone else had to fight tickets in court. Iucci could not be reached for comment.

The official process begins when a community leader or clergy member with "pull" complains to a local precinct commander about tickets they want tossed.

Sources said the problem tickets often revolve around religious events and holidays where a beat cop may not be aware of permits issued by the department.

"Some church has a festival and some cop doesn't know any better and says, 'Oh, good, I'll get a month's worth of parking tickets all at one shot here,'" said a recently retired commander.

"The tickets were technically legal, but the church got 'dispensation' for the event," said the official. "You send them up to the chief of department's office, and they review the tickets. Nine times out of 10, they go with the precinct captain's recommendation [to void the ticket]."

The NYPD's age-old practice of waiving tickets as a "courtesy" for friends and family has come under scrutiny recently after a Bronx probe of 40 cops suspected of tearing up tickets for cash came to light.

The Daily News has also reported that the NYPD is preparing to level departmental charges against at least 100 other cops for improperly making tickets vanish for friends and family.

But legitimate ticket-fixing at the desk a floor below Police Commissioner Raymond Kelly's office continues - and officials say they don't plan any changes.

One source described the process as good "community relations."

Good-government groups argue that any appearance of an uneven playing field is inappropriate.

"When there's special access and treatment for a few, it undermines public trust in government and the police," noted Dick Dadey of the Citizens Union of New York City.

While the difference between the illegal ticket-fixing scandal and the legitimate process is clear, questions remain about why such distinctions exist.

"One is done officially, the other unofficially. The problem is the unofficial ones. Joe Blow's the problem, not the rabbi or the priest," said one source. "Any cop, of any rank, who says he went his whole career without [tearing up] a summons is a liar."
Posted by joe levin at 2:08 AM