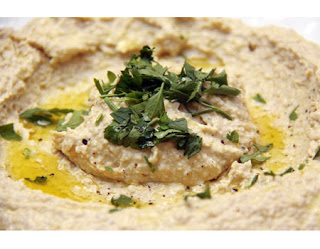 Brooklyn’s Park Slope neighborhood is known across the United States as a calm and serene place, and in recent years has even been ranked one of the 10 best places to live in, but the New York Post says a recent war over kosher hummus has been rocking the neighborhood’s tranquility.

The Royal Supermarket chain, owned by Zaid Sarsor, had joined a growing list of Park Slope groceries which are refusing to sell one of New York’s veteran chickpea spread brands – Sonny and Joe’s.

As opposed to the recent boycott on Sabra Hummus, Sarsor is not protesting the Israeli-Arab conflict but rather a work dispute involving Sonny and Joe’s manufacturer Flaum’s Appetizing.

The boycott was initiated by several of the neighborhood’s grocery owners after learning that Flaum’s owes $260,000 in back wages to former employees.

“If the owner does the right thing, which he should have done by now, we’ll bring it back,” he said.

Park Slope Green member Joseph Sanchez, who according to the NY Post is spearheading the campaign, said he would make do with other appetizers in the meantime.

“I enjoy any spreads and snacks that are made by companies that treat workers with dignity and respect,” he told the newspaper. “The strong support from Park Slope retailers shows that this neighborhood won’t condone the selling of sweatshop products.”

The chickpea spread is one of scores of kosher food products made at Flaum’s Appetizing’s Scholes Street factory since 1918.

Flaum’s owner, Moshe Grudhut, lost a court battle about two years ago and was ordered to pay his former workers $260,000 in back wages. According to a company official, however, the management is still negotiating with the workers.
Posted by joe levin at 3:53 PM