Too sexy for Orthodox Jewish? Woman says she was fired for being too busty

Lauren Odes contends she was fired from her job at Native Intimates in Manhattan because the owners thought she was too hot. 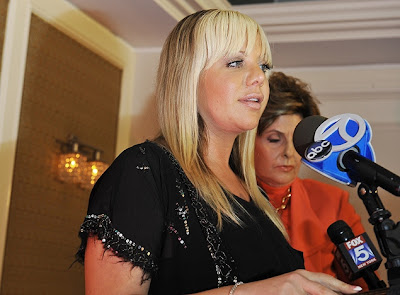 A stacked siren claimed Monday she was fired from her fashion industry job “for being too hot.”

Lauren Odes said two days after getting hired in April as a data entry worker at a Garment District lingerie manufacturer, a supervisor told her the Orthodox Jewish owners were not happy with her attire — and that her girls were a dangerous distraction.

“When I was first told that I was too hot and that my breasts were too large, I was shocked,” the 29-year-old woman said. “I thought that I was dressed appropriately every day for my job as a production assistant.”

A pint-sized brunette with platinum streaks, Odes said she was wearing a dress that day at Native Intimates.

Odes said she agreed to accommodate the owners by wearing a gray T-shirt and black jeggings with rain boots the next day.

Again, the female supervisor came with complaints from the bosses.

“Lauren, try taping down your breasts to make them appear smaller,” she said, according to Odes.

The next day, Odes said, she wore a high-waisted black dress that fell to her knees. Once again that didn’t pass muster with her masters, who complained they could see the back of her bra straps.

Odes said she was given a choice — go across the street and buy a “a sweater that comes to your ankles as an outfit,” or cover up completely in a bright red bathrobe with a black guitar motif the supervisor had pulled off the rack.

When she donned the robe, Odes said her co-workers laughed at her. She said after 15 minutes of abuse, she broke down crying and went out to buy another outfit.

While she was shopping, she was fired.

“She was simply fired for being attractive and for not conforming to the religious strictures imposed by top management,” said celebrity lawyer Gloria Allred, who has filed a workplace gender and religious discrimination complaint against her former employer.

Asked how big her breasts are, Allred snapped, “No, that’s not relevant.”

“We should not be judged by the size of our breasts or the shape of our bodies,” said Odes, who lived in Manhattan at the time and now lives in northern New Jersey.

“I understand there are Orthodox Jewish men who may have their views on how a woman should dress and how much she should be covered,” she said. “But I am Jewish as well and don’t feel any employer has the right to impose their religious beliefs on me


This is not Allred’s first too-sexy-for-her-own-good client.

Two years ago, Allred represented a Queens woman who claimed Citigroup canned her for flaunting her ample assets as a midtown bank.

Debrahlee Lorenzana sued, charging that her ex-bosses at Citibank in the Chrysler Building banned her from wearing sexy outfits or heels deemed “too distracting” for male workers.

“I can’t help it that I have curves,” the brunette beauty told The Daily News.

Citigroup insisted Lorenzana’s suit was “without merit,” but quietly settled with her. Details of the settlement were not disclosed.