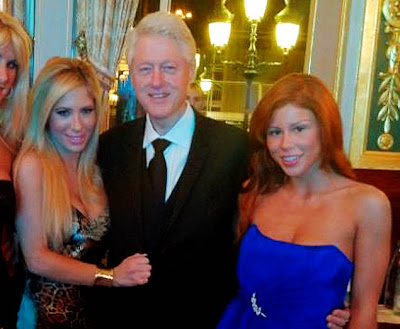 Brooklyn -- who just posted the pic on her Twitter account -- also just won the award for "Best Sex Scene" in "Mission Asspossible." As for Tasha's film credits ... those include "Baby Got Boobs 8" and "Farm Girls Gone Bad."

Our guess -- Bill did not have sexual relations with these women.