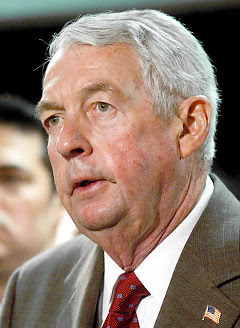 There exists in this city a group of unparalleled perverts that’s wrapped in Teflon — more resistent to charges of sexual exploitation than John Travolta.


I’m not talking about Hollywood nimrods or Catholic priests, but a sect not generally associated with serious crime — ultra-Orthodox Jews.

A scandal of epic proportions is brewing in Brooklyn as District Attorney Charles Hynes uses kid gloves to handle creeps and demons charged with, or convicted of, sexual abuse that too often brutalizes children.

While monsters of other faiths are paraded in shame through the public square, Hynes this week refused to reveal the identities of Hasidic scumbags.

Some of the deviants committed crimes from rape to sodomy to incest in sex attacks on kids.

Some have enjoyed sweet plea deals. Others are out there as we speak — preying on the weak in blessed anonymity.

“We’re talking about thousands upon thousands of victims,’’ said Ben Hirsch, co-founder and president of Survivors for Justice — and a Brooklyn-bred Orthodox Jew.

“He is very reluctant to prosecute these cases and only does it when forced to by the media spotlight.

So mothers — are your babies at risk from men wearing yarmulkes and side curls?

Hynes, who enjoys lavish support in the ultra-Jewish community, admits he treats people of the chosen faith differently.


“I departed from the policy of identifying defendants,’’ Hynes told me. “The reason is that, within days, people within this relentless community would identify the victims. Then, the intimidation would start.’’

Sexual-assault victims, especially kids, said Hynes “would be thrown out of summer camp, arranged marriages would be stopped. Kicked out of the yeshivahs. It’s the only community that has this kind of problem.

“If the Amish were living in Brooklyn,’’ he said, “maybe I’d have something like that.”

But advocates for victims call that politically motivated rubbish.

“Society can only protect itself from child molesters if it knows their names,’’ Hirsch said.

One such deviant is Michael Sabo, a 38-year-old nurse who got a 20-year-to-life sentence this week after he admitted molesting a Hasidic boy and girl over several years. The girl’s family was threatened in synagogue by Sabo supporters, who vowed to pack the courtroom if she testified.

Still, Sabo’s name became public only after he was hauled into court. Why did Hynes protect the perv?

Here’s a real head-scratcher: Hynes declined to give out the name of a sex offender — who failed to register as a sex offender! This negligence deprived the Orthodox community of a tool to protect its young.

The media rooted out the man’s name anyway.

The Orthodox community is alone in policing itself — sometimes to horrifying results. Last year, 8-year-old Leiby Kletzky disappeared in Borough Park, but his mom didn’t call the cops. She called Brooklyn South Shomrim, an unarmed and untrained civilian patrol.

Cops were finally called by the boy’s dad nearly three hours after Leiby vanished. It was too late. Leiby’s dismembered body was found in the freezer of mad man Levi Aron, and in a nearby Dumpster.


The only way to thwart crime is with daylight. Orthodox Jews cannot be allowed to live in shadow.

Gloria Allred has a disturbing ability to sniff out naughty bits from coast to coast.

The LA-based lawyer’s latest client is a New Jersey woman who claims she was fired from her temp job at a Manhattan lingerie distributor because she was “too hot’’ and her boobs were too big. Allred also reps a pair of masseurs who say John Travolta got frisky during rubdowns, and a transgender Miss Universe contestant. Allred also made a spectacle of a gal who claimed ex-presidential candidate Herman Cain touched her booty.

Gloria will never go broke as long as people seek justice with their junk.


The curse of marrying a Kennedy

Tragic Mary Richardson Kennedy was fighting a losing battle with her estranged husband, Robert F. Kennedy Jr., over her four kids and the house she lived in when she killed herself by hanging at age 52.


Her needless death sparked a bitter Kennedy family feud, with her kin and Kennedy’s holding dueling memorials. Meanwhile, RFK Jr. gave a disgustingly self-serving eulogy at the Kennedy-sponsored memorial in Westchester, failing to take a shred of responsibility for his wife’s desperation.

Even his sister, Kerry Kennedy, said Mary battled “demons’’ — but never mentioned that the biggest demon she fought was Kerry’s own brother.

This war has casualties: Mary and RFK Jr.’s children.

What an awful fate to be born into a clan infamous for savaging women.

United Federation of Teachers President Michael Mulgrew is accused in a lawsuit filed by a Queens high-school teacher of having had sex in a Brooklyn classroom with a guidance counselor years ago. Mulgrew called the unsubstantiated claim “a crazy book of fiction.’’

This gave Mayor Bloomberg an opening. He compared the wild claims to the union’s conspiratorial accusations in lawsuits, challenging the city’s motives for closing failing schools.


“I was glad to read this weekend that the UFT suddenly opposes lawsuits that are full of absurd, false charges,’’ said the mayor.


I guess turnabout is fair play for a union big who does not have kids’ best interests at heart.

Mass murderer Abdelbaset Ali Mohmet al-Megrahi died a peaceful and comfortable death in Libya this week, surrounded by his family.

Convicted in the bomb blast over Lockerbie, Scotland, that killed 270 people — 190 American — the unbowed terrorist was freed from a Scottish prison on “humanitarian’’ grounds because the cancer sufferer was said to have only months to live. He hung on more than three years, the whole time thumbing his nose at the innocents he killed.


The Scots have a lot to answer for.