Rachel Balassiano struggle to get Jewish divorce from their Orthodox husbands 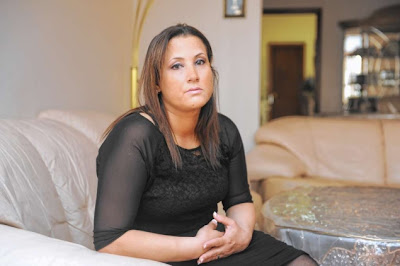 Rachel Balassiano is young, attractive and trapped in a marriage she cannot escape.

An Orthodox Jew from Brooklyn, Balassiano, 35, can’t dream of remarrying, let alone having children with another man because her husband, Maurice, refuses to give her a get, a Jewish divorce.

By Jewish law, only men have the power to end a religious marriage.

If Balassiano were to wed again, her union would be considered adultery by the Orthodox Jewish community. Her future children would be labeled mamzerim — bastards — and therefore not able to marry other Orthodox Jews.

“I am upset. I want this to end,” said the mother of three who has been separated from her husband for four years. “He doesn’t want to give me up.”

Women have suffered Balassiano’s plight for thousands of years. The origin of Jewish divorce can be found in Deuteronomy 24:1, which states a man must give his wife a bill of divorce to sever their ties.


But as divorce rates have risen among Orthodox Jews, the ranks of agunot (plural for agunah ) in New York City and around the world have grown, forcing the Orthodox world to confront an ugly issue.

“No woman should be put into this situation,” said Blu Greenberg, the founder of the

Jewish Orthodox Feminist Alliance — which calls the agunah problem “one of the greatest crises in the Orthodox world today.”

Once a topic rarely discussed beyond religious circles, it has lately exploded on to the national scene.

Aharon Friedman, a tax counsel for the House Ways and Means Committee chaired by Rep. Dave Camp, is refusing to give Tamar Epstein a get even though the couple have been civilly divorced for two years.

An advocacy group, the Organization for the Resolution of Agunot (ORA) has organized a full-throttle effort to free Epstein. The New York-based nonprofit has staged multiple protests in front of Friedman’s home in Maryland and at his relatives’ homes in Brooklyn.

ORA has even taken its battle to Capitol Hill, promoting a social media campaign urging Rep. Camp to condemn Friedman’s refusal to give Epstein a get.

“We consider the withholding of a get a form of domestic abuse,” said Rabbi Jeremy Stern, the executive director of ORA, which is currently working on about 70 agunah cases, the majority of them in the New York area. “Domestic abuse is about control. Abuse is not just about black and blue marks.”

A recent survey puts the number of agunot in North America over the past five years at 462, though that likely underrepresents the true extent of shackled wives.

In many instances, men use get refusal as a bargaining chip in disputes over matters like money or custody.


Rachel Nataneli, a family law attorney specializing in domestic violence at Legal Services NYC: Brooklyn Branch, who represents a number of Orthodox Jewish women, said she sees this tactic in as many as half of her cases.

“A lot of victims of abuse give up many important rights in order to get a religious divorce,” Nataneli said. “Many women who need an order of protection won’t do it. They are terrified.”

Maurice Balassiano, 50, said he will give his wife a get, but only after she agrees to certain things in their civil divorce.

“I am willing, but there must be a settlement first, then she will get it,” said Balassiano. “She has to give me what I want.”


The rise in the number of agunah cases can be traced, in part, to the growing wealth of the Jewish community, said Susan Aranoff, a professor of economics at Kingsborough Community College who is affiliated with advocacy group Agunah International.

“As the Jewish community has become more affluent, there is more to fight over,” Aranoff said.


In Israel, men who don’t give their wives a get can be thrown in jail. But in the U.S., where civil law has no jurisdiction over religious unions, women have far less leverage.

New York State has passed laws aimed at removing barriers to religious remarriage. But as a practical matter, they have had limited benefits.


A Bet Din — a rabbinical court — can summon a recalcitrant husband and can issue a “seruv,” a contempt of court, if he refuses to oblige. That can spark community sanctions, such as blocking the husband from entering a synagogue or from receiving communal honors. But such remedies also often don’t work.

There is a possible preventive solution to the agunah crisis: the Jewish prenup. More couples are signing contracts agreeing to arbitrate their marital disputes in a rabbinical court. In the event of a split, the husband must pay $150 a day for every day he refuses to give a get.

“It creates a financial disincentive for a husband to refuse to issue the get,” Stern said. “Spite has its limits.”

Shella Eckhouse, a 37-year-old entrepreneur who lives in Manhattan, was 30 when she married Jason Barrocas. The couple, who have a daughter, separated in 2008 and divorced in 2010.

“We had a very rocky marriage,” Eckhouse said. “Things were bad right after I had the baby.”

Barrocas refuses to give Eckhouse a get. While she is not Orthodox, Eckhouse is battling to secure a Jewish divorce.

After other attempts to move her ex failed, she filed a motion for contempt alleging that he has not followed through on a pledge to grant her a get.

Barrocas said he had a number of grievances against his

ex-wife that justified his refusal to give her a get.

“She had me arrested. I lost my real estate license,” he said. “Until I am reimbursed for every dollar lost, she will not get the get.”

When asked about the fairness of using get refusal as a pressure tactic, he said, “it is 100% wrong. Unfortunately, this is my only way of getting back what I have lost.”

“It is ugly, it is just ugly,” Eckhouse said of her predicament. “I do not want to have any ties to Jason Barrocas. I hope that one day he doesn’t want anything to do with me either.”